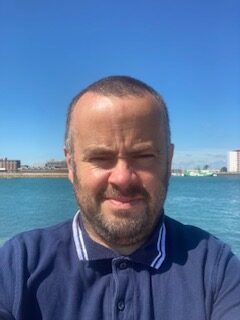 David Ross is a patient advocate and rare disease male mental health collaborator. David’s activism began in 2017 when he was diagnosed with a rare disease called Cowden Syndrome due to being given a letter from his mother about getting tested before she passed away due to having the same condition.

After a period of coming to terms with this, he became committed to raising awareness and supporting others impacted by this condition by helping set up a support group and also applying to join the Pten Foundation International Family Council which looks to help my rare disease community by raising awareness about Cowden Syndrome.

In 2020 he attended 3 virtual Eurordis rare disease schools and is currently on the Findacure mentoring program. His latest project has been to set up rare disease male mental health International zoom calls for patients and caregivers and will be looking to set up an online support group for males in 2021